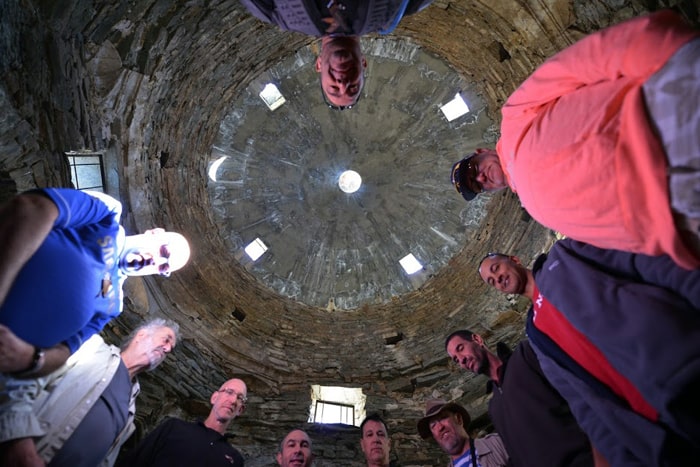 Those who want to rent a car on tours will be able to explore the interesting history of Kyrgyzstan, which in turn is very interesting and alluring with its historical events. Today we will be happy to share with you the historical facts about the country. As we can see, the history of Kyrgyzstan is very rich in historical events. But there are also many historical details that you can learn during the tours, get acquainted with nomads, local residents. And we are happy to present you an article.

During the tours, guests of the country will be able to enjoy the ancient writings on the walls of the gorges, which can give information about the ancient nomads. As its known, nomads moved from place to place and took with them only the most necessary things, cattle, a yurt and staff. The history of the mainly Kyrgyz is estimated at 2000 years, and begins in 201 BC, as noted in historical sources.

It will be great to rent a car and get acquainted with the Kyrgyz people, their culture and learn a lot of new things, see beautiful mountains and learn a lot about the art and culture of the Kyrgyz people. We would like to tell you about the stone garden on Issyk Kul in Cholpon Ata, which tells us about the Bronze Age and the spiritual center of life. While studying this garden, tourists will be able to pay attention to drawings of animals, goats, bulls, horses, as well as see images of scenes of ordinary life, dancing, communication and hunting.

As written in Chinese sources, the main story begins in 201 BC and extends the entire ancient history from 1000 BC to 300 AD. As the information was given in the "Historical Notes" in ancient times, the Jews of 5 nationalities who wanted to conquer the Huns. Other notes are given by the historian Ban Gu in his annals of Han Shu. According to various scholars, in ancient times the territory of the Kyrgyz was east Turkestan.

As people believe that in the period from 1200 to 1400, people were subjected to powerful raids by the Mongols and this period is considered tragic. They were able to extinguish the rather developed culture of the Turks after their advent. Tourists will be able to rent a car and learn that in 1207 the Kyrgyz were Yenisei and Genghis Khan ruled over them. After these events, in the 12th and 15th centuries, the nomads of antiquity began to convert to Islam, as they were strongly influenced by Arab, Persian and Turkic traders.

Contact our company and we will be able to organize for you excellent tours of Kyrgyzstan, which will tell you that in the 15th century the country hosted people from southern Siberia. That's why the locals from the 15th century to the 19th century did not have a single state. In ancient times, there were tribes that wanted to unite and make one state with a single leader. But in the end, the idea could not be translated into reality and the tribes began to develop a political system and views on independence.

In the period from the 18th to the 20th centuries, the Kyrgyz showed a desire to become part of the Russian Empire. At that time, they sent their representatives to inform them of their desire. The North eventually wanted to join more as it suffered from threats and attacks. the threats were from outside and inside. The South was opposed to this idea, and was eventually united by force. As a result, the accession to Russia led to the fact that people began to move from a nomadic lifestyle to a civilian one.

The Bolsheviks at the beginning of the 20th century in 1991 decided to seize power from the Russian Empire. They were against the exploitation of the people and wanted people to be equal before each other. This is the birth of the Soviet Union. After that, the political and cultural life of the country began to develop. The means of education were not left without attention. As a result, the statehood of the people was replaced by an autonomous region. The most tragic thing in that period was that there was a ban on believing in God and having a religion. In the end, this led to the killing of innocent people.

The Soviet Union collapsed in 1991 and Kyrgyzstan gained independence. People wanted to live in independence, and as a result there was a decline in economic, political and social life, unemployment, and crisis. After gaining independence, Kyrgyzstan has its own flag, coat of arms and anthem. In 1992, Kyrgyzstan became a member of the UN and in 1993 approved its constitution. As a result, the country was unstable; there were conflicts and 2 revolutions in 2005 and 2010. As a result, the people were against the government. At the moment, the country is cozy and excellent to conduct tours, people meet with hospitality.