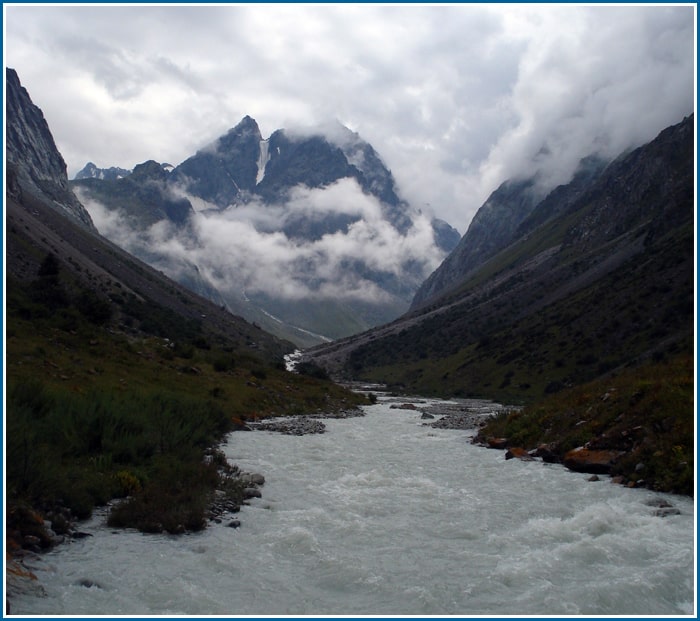 Day 1: Almaty
The sightseeing tour today you will have after transfer from the airport. You will have a possibility to explore the Green Bazaar a famous place for townsfolk -, where it is unreal to stop from shopping. In course of the tour the oldest memorial Panfilov Park- park of Almaty. There is situated one of the most attractive wooden structures in the world - Zenkov Cathedral. Don't miss an opportunity to observe the Memorial of Glory and Eternal Flame, consecrated to the memory of the warriors who struggled for independence and freedom, truth of the country.  En route exploration of sport, cultural and business areas of Almaty and then you will visit the Medeo Gorge; this area is popular due to the highest mountain rink in the world and the dam. Next remarkable point is the Kok-Tobe hill, the location of the tallest TV tower in the world (if to count from the sea level) and where you will get by the wonderful winding mountain way. You can walk along the winding ways of the park in Kok-Tobe Park. While walking you will overlook the fabulous panoramic picture of the city from the special observation deck. End of the tour is the short ride from the top of the hill to the center of the Almaty by the popular Almaty cable railroad. Transfer to hotel.

Day 2: Almaty - Tamgaly - Altyn Emel
We will head on directly to Altyn Emel national park. On the road we will stop at Tamgaly Tas. We will overlook at man-made Kapshagai water basin. This reservoir is the biggest in Almaty region, the casinos of "Kazakh Las-Vegas" are located on its bank. Next destination will be Tamgaly Tas, the first prominent destination on the bank of Ili river. Image of Buddha's and texts in Tibetan, Kalmyk and other languages are located Tamgaly Tas - the wonderful monument. You will have couple of transferring hours to Basshi village after that, which has the location at the territory of Altyn Emel National Park and have a little walk in the Singing Dune. The height of Dune is150 meters and a length of about 3 km, and is situated in one of the sides of the Altyn-Emel National Park. This hill consists of very fine pure sand, it has interesting peculiarity  Dune starts to "sing" when it's windy and its sound seems as the organ music. After going up to the 150-meter dune, you will come back to Basshi village overnight will be in a lovely local hotel.

Day 3: Altyn Emel
Today you will be head straight on stoned park roads over 80 km (about 2 hours) to the Aktau Mountains. Aktau Mountains (White Mountains) are worldwide paleontological territory. Remains of Ancient animals whose concerns at 25-30 million years have been found in the stratums of Paleogene lacustrine depositions well-retained. There are the remains the giant rhinos, crocodiles, turtles among the excavations. Mountains are magnificent and conical look like the Egyptian pyramids and are mysterious pictures of the variety of shapes, forms and colors. Strolling on Martian landscape doesn't demand something special from you, except to be attentive on soft sandy lands and to add some fantasy listening to the stories from guide about people of an ancient ocean. After seeing of the sights at Aktau mountains, on tour you will go back to Basshi village for overnight.

Day 4: Altyn Emel - Charyn - Almaty
Today you start your tour with going to the Ash-tree Grove on the Temerlik River. In the lower stratums of the Charyn River and its flow Temirlik there is an interesting area, where remants species of Sogdian Ash-tree are growing. There is a legend that told, another 5 million years ago a wind brought a seed of Sogdian Ash-tree in this has the name "Valley of Yurts". In 1964 the Ash-tree Grove has been awarded as the sign of the monument of nature. There are about the identical age the four trees are fenced off in the spinney. It is looks open-air museum. In the tour you are going to transfer to Charyn Canyon. When you will come, you will visit the grand panorama and then you are going down the steps to the lower parts of the canyon. You will stroll about 2 km through the intricacy of the Castles Valley with its sides of weird shapes overhanging you. A natural complex is Charyn Canyon, worldwide famous in its kind in Kazakhstan. The origin of the Canyon was during Paleogene. Also looks like the Grand Canyon of Colorado River in North America, even in a size. Don't miss an opportunity to marvel among the weird towers and columns; you will be excited by the wild fantazy of the nature. Transfer to Almaty and overnight at local cozy hotel.