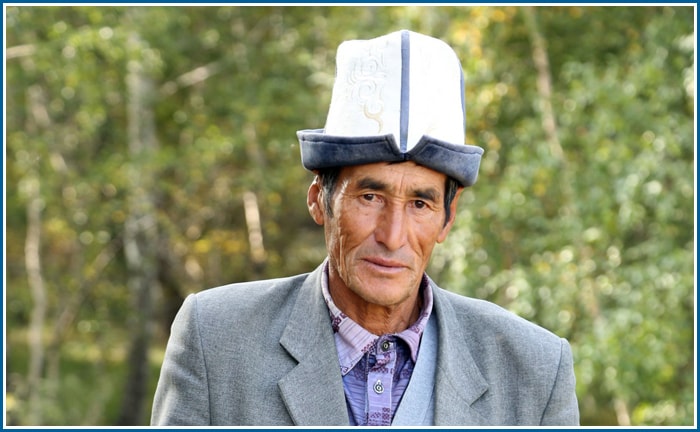 Day 1: Bishkek
You will be met in the airport by your guide, he will then accompany you to the capital. The capital of Kyrgyzstan - Bishkek is just in 30 minutes drive from the airport. Your tour will start with a walking trip around the capital. You will see historical monuments, squares and museums, along which there will be the central Ala Too square, museum of National Arts, White House, Victory square and the Oak park. Your trip will end with a walk around the real Asian Bazaar. You will see how the locals live and how they integrate their culture in everyday basis of the capital. Make sure to free up some space on your memory card in order to take many great pictures. In the end of the day you will return to the hotel to spend your night there.

Day 2: Bishkek - Alamedin gorge - Bishkek
The following day will take you on a trip from Bishkek to the Alamedin gorge. The gorge is located near the city, so the ride will not take long. You will be introduced to the way that the Kyrgyz people live in the mountains, and see the dwellings that they live in - yurts. Your trip will be an easy hike, which will take you to the waterfall. You will even have a chance to have a short picnic near the water and enjoy your time far from all the cars and noises of the city. In the end of the day you will return back to your hotel.

Day 3: Bishkek - Konorchek - Chon Kemin
The next day your tour will continue from the capital and towards the Boom gorge. You will stop in Konorchek canyon in order to have another hiking tour. Once, again, the hike is easy, it will take you along the massive red rock walls. 2 hours of hike will take you to the panoramic view of the whole canyon. If you will not be tired, you may spend another hour walking around in order to have the full experience of the vista that will open up before you. In the end of the day, you will travel to Chon Kemin gorge in order to spend your night there in the homestay.

Day 4: Chon Kemin - Issyk Kul lake northern shore
The following morning you will travel to the Issyk Kul lake. It is the second largest celestial lake in the world, which rests at the altitude of 1608m above sea level. You will hear a lot of legends about the creation of the lake and the lake itself. People thought that the lake was magical because it did not freeze during winter, 1500 years later, they found out that the magic behind the lake was hidden in the 6% of salt that it contains. During the day you will also have a stop near the petroglyphs. The rocks with ancient drawings on them date back to the 800 BC. The stones lay in their original place and show the processes of hunt of the ancient civilization. In the end of the day you will be taken back to the hotel by the lake in order to spend your night there.

Day 5: Issyk Kul lake - Bishkek
The next morning you will travel back to the capital. Beforehand though, you will have plenty of time in order to swim in the lake. On the way back, there will a stop by the Burana tower. It once stood near the city in which the traders were able to have some rest during their travel. The tower dates back to the 11th century. There are stairs inside the tower which will lead you to the top of it in order to take a view of the plains that the traders of the Great Silk Road saw years ago. There are also several statues of Balbals nearby. Those little warriors made out of stone were done in order to honor the actual warriors that died on the battlefields. Upon your return to the city, you will spend the night in the hotel.

Day 6: Airport
The following morning you will be transferred to the airport.