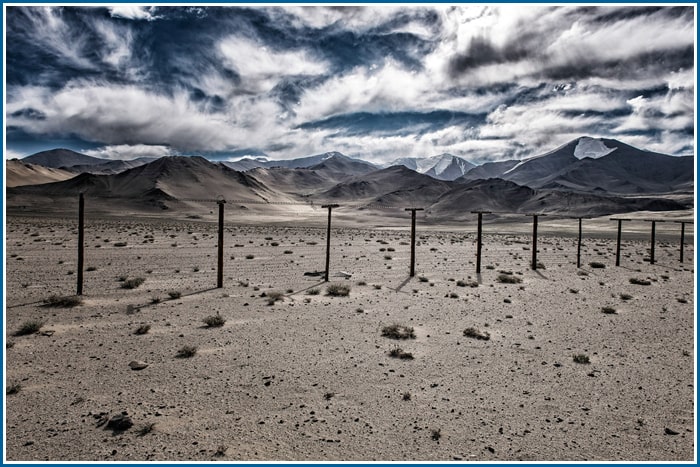 Day 1: Oibek - Khujand
Today driver will pick you up on the border and you will drive Khujand city. This city is the second largest city of Tajikistan. On the Syr Darya River it is situated at the mouth of the Fergana Valley. 149,000 is the population of the city. Usually people call city the second capital of the northernmost province of Tajikistan, now named Sughd. In coutse of your tour you will discover a Cultural Palace of Khujant in the afternoon. The first president of Tajikistan was elected a Cultural Palace of Khujant. Also we will have a chance to see beautiful highlight Central Mosque that is located in the middle of the city. Overnight is in a hotel.

Day 2: Khujand - Istravshan - Khujand
Rise and shine you are going to have today interesting tour. You will explore Istravshan, an old center of trade and craft as well as one of the ancient cities in Central Asia. Museum city with its history which concerns to II-VI cc BC. In Persian literature the city was known as Kurukuda, In Sogdian ancient notes as Kurushkuda while modern scholars identify it with Cyruspol or Cyrus Eskhata founded in VI century BC by Cyrus the Great. We will discover Mugtepa, the fifteenth century Kuk Gumbaz Mosque and local bazaar (market). In the course of the tour you will enjoy the immersion of colorful oriental bazaars, visit magnificent fortresses, andtake a pleasure from special architecture of mosques and mausoleums. In the end you will return to wonderful Khujand.

Day 3: Khujand - Seven Lakes
Today we will head on to the Fannsky Gory (Fann Mountains). You will see that the road to the lakes passes over pass Shahriston (3 378 m). They are one of most popular hiking territories in Central Asia's. You are going to have a day trip to the Seven Lakes (Marquzor Lakes), about 60 km south of Panjakent.  You will have time to go for short walking at this place. The road runs along a gorge where are situated Seven Lakes. They are located on different altitudes and have dissimilar colors. Also you will meet local people that live at that area and maybe communicate with them. It will be very interesting to see their way of life and to feel national flavor. You will have some strolling today. Overnight will be in a homestay.

Day 4: Seven Lakes - Penjakent
Today in the morning we will head on to Penjakent. The city of Penjakent ("five villages") is situated in Khujand territory of Tajikistan in a fascinating Zeravshan river valley. Possible that the five villages began the history of this important city which was formed in the 5th-8th centuries AD. Penjikent of that time was one of the most remarkable cultural and crafts centers of Sogd. Even it has the name "Central Asian Pompeii". The city was well-arranged and it was a superbly fortified city with a ruler's palace, two temples, markets, rich dwelling houses decorated with numerous paintings, wooden and clay statues of ancient gods. The debris of this ancient city were excavate only in the last century. Today the tourists have a chance to observe the remains of dwelling houses and office buildings, the citadel with the palace, the house of craftsmen, and fire worshipers church. Night will be in a hotel.

Day 5: Penjakent - Dushanbe
You will start your tour with morning is drive to Dushanbe. This road will pass over Anzob pass (3 372 m) and tunnel of Isticlol. You will be driving through breathtaking passes and you will have a chance to take a lot of unforgettable pictures. Guided city tour is dedicated to the second half of the day. Our first destination will be Rudake Park, National library, White House, National state seal, House of parliament and Jomi theatre. We will have a little walk in National park to see Ministry of Inner Affairs and the biggest National Flag in the world - 165 m high pole, 30 m wide, 60 m long. After presentation in Central Museum you will discover Archeological museum and Gurminj Museum of traditional musical instruments. Overnight will be in a hotel.

Day 6: Flight
In the morning is transfer to the airport.