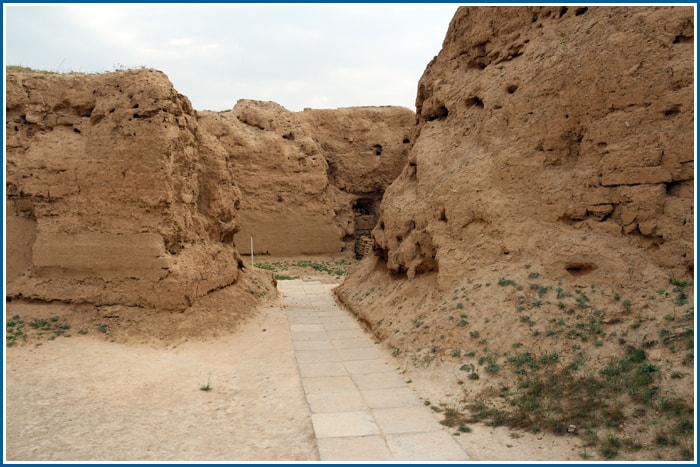 Day 1: Ashgabat
Our guide will meet you at the airport and you will begin your travelling. You will be transferred to Ashgabat, the capital of Turkmenistan. The city has recently been noted by the Guinness Book as having more white marble buildings than any other city in the world. During the city tour you will explore the Lenin's square, newly built Independence Park and the Monument of Neutrality. You will visit Museum of Ethnography and Museum of Fine Arts. Overnight in a hotel.

Day 2: Ashgabat - Nissa - Horse farm - Ashgabat
You will picked up from the hotel after the breakfast then drive to Nissa fortress to go on with tour tour.  It used to be the capital of Parthia which had existed from the third century B.C. to the third century A.D. The Historical complex includes two archeological monuments - Old and New Nissa. UNESCO declared fortresses a World Heritage Site in 2007. Later you will watch Akhal-Teke horses at the horse farm in Gokdepe region. Short performance will be shown by riders for travellers. Then you will return to Ashgabat. Night is in the hotel.

Day 3: Ashgabat - Darwaza
After the breakfast you will drive to Karakum Desert which is part of many tours due to landscape. On the way we will make a short break to make a tour Gypjak Mosque and Mausoleum of the late President of Turkmenistan. Also we will stop by Bahardok to see village life of Turkmen people. After the lunch time you'll move to North of Ashgabat and reach the Gas Crater - Darwaza. In the evening you can observe the view of burning gas crater. Overnight is at the tent.