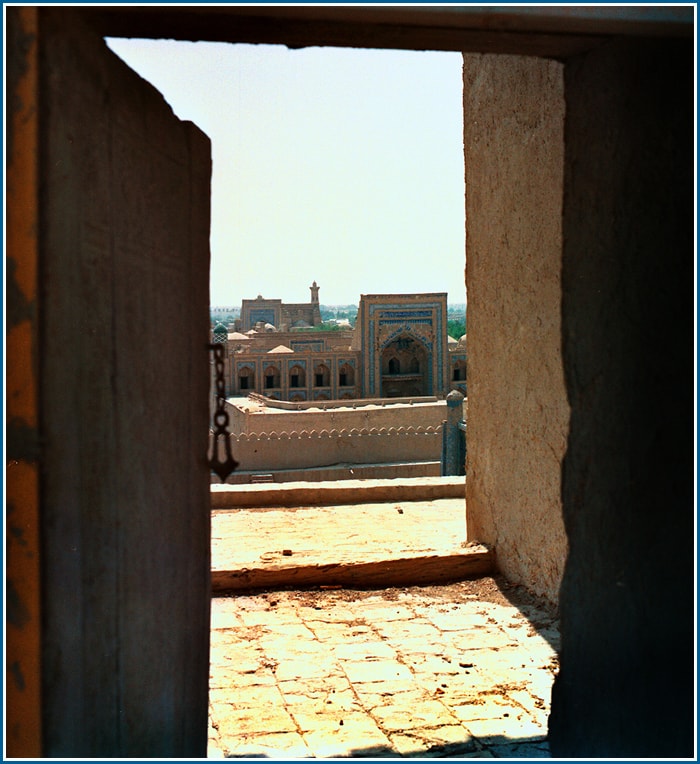 Day 1: Tashkent- Nukus
Welcome to Uzbekistan, one of the most beautiful countries in the world. Today you are going to have a flight to Nukus. You will have an exciting sightseeing tour today.  Your first destination will be the Museum of Savitsky. This museum-one of the biggest museums in Uzbekistan. Masterpieces of this place admit the second for the importance in the world of products of Russian avant-guard. The museum collection is so unique that can brag all over the world. This place named by famous Russian artist Igor Vitalevich Savitsky, which exhibits the masterpieces of forbidden art. He started to collect the masterpieces in 1950-1960. After death of Savitsky the museum also fills up a collection. The museum collection totals nearby 90000 masterpieces. There are you can observe works of folk art of Uzbekistan and also Russian avant-guard, ancient artifacts. It is value a representing cultural piece. En route you will discover outside of Nukus to visit Mizdakhan necropolis. The territory is the edge for pilgrims. Centuries ago this place was ancient city. The place represents one of the most ancient cemeteries in Central Asia also in territory of this place there are ruins of castles, manors, caravanserai, sarcophagus which concern from the 4th century BC till about 14th century AD. In the conclusion you ill also discover a 2200 years-old Zoroastrian ancient monument known as Chilpyk. Night you will spend in a hotel.

Day 2: Nukus - Khiva
Rise and shine. You are going today to Khiva, to the ancient city of Uzbekistan. History of this city, perhaps the most especial as it is connected directly with the state Khoresm with capital Urgenche. You will have chance to go for a sightseeing tour. It is supposed to be inside of Ichan-Qala, the inner city in Khiva. Major part of city is similar to an open-air museum, and a kernel is the fortress Ichan-Qala. Ichan-Qala became into unique city-monument due to ancient buildings, palaces, mosques, Madrasahs, Mausoleums, Minarets, Caravan-Sarais and Bathhouses. Ichan-Qala kept about 60 architectural monuments and 400 traditional dwelling houses. Old part of a city enclosed with a fortification and transformed into a historical museum reserve. In 1969 Ichan-Qala was changed into a historical and architectural conservation area. At this territory the most outstanding sites the Kunya-Ark fortress dating back to 17th century, Kalta Minor minaret and Tash Khouvli palace, an inconceivable model of Khorezm architectural mastership of 1830s. Khiva is very beautiful on a  sunset and at night, the place turns to a fairy tale in Ichan-Qala. Night is in a hotel.

Day 3: Khiva - Bukhara
Every day is a new adventure and today in the early morning you will drive directly to Bukhara.  The city is one of the most beautiful places in Uzbekistan. Through this city also was stretched the Great Silk Way. Sacred Bukhara proudly call Uzbeks  this fine city. On the territory of the city are unprecedented quantities of mosques. Bukhara it is a city where there are legends and poetry, and fairy tales are turned over heads of local residents. The city has more than 140 architectural monuments and called as a "town museum" concerns the Middle Ages. Bukhara is concentration of unique sights monuments and ancient structures located here known for the whole world. Sacred Bukhara became the Renaissance centre in the East in 10-11 centuries. During this period many known scientists of that time did the first opening. And East progress has left far forward from the West. Nowadays the city consists of narrow streets, green parks and gardens, historical and architectural monuments belong to different epochs, but situate very close to each other. In the tour you will drive from Khiva to Bukhara and the road goes through enchanting Kizilkum desert. In course of the tour you will pass and admire the picturesque view to Amu Darya River, the deepest river in Central Asia. The creation of the river was by the confluence of the Panj and Vakhsh in Tajikistan and go into Aral See. On arrival to Bukhara you will have a free time. Night is in a hotel.

Day 4: Bukhara
This day you will experience the most touchable points of Fairy-Tale Bukhara. Bukhara considers being the pearl of the East.  Your first destination will be Citadel Ark in Bukhara. Citadel Ark - ancient symbol of the government and force dating back to the 4th century. The history of this place is still shrouded in mystery. This place was residence of the governors where supreme command of the country. After you will observe Samanids mausoleum, the shape of the mausoleum is a cube covered with a hemispherical dome. It is a real masterpiece of architecture of 9th -10th century. Then the tour continues to Chashma Ayub, the mausoleum a cult construction in the centre of Bukhara, there is situated a mausoleum and a sacred source. After you will have a chance to stroll around the shopping domes and discover one of the most popular place madrasahs of Bukhara called Nodir Divan Begi which is also a part of Lyabi House Ensemble, was built as a caravanserai and later reconstructed as madrasah. It is also famous central sightseeing of Bukhara. The tour will conclude with exploring Poi Kalon complex, the central architectural ensemble in Bukhara. On the territory of this complex there are : Kalon minaret, Kalon mosque and Mir Arab Madrasah which were constructed in the 12th - 16th centuries. Night will be in a hotel.

Day 5: Bukhara - Samarkand
Today you will enjoy morning drive to Samarkand. Samarkand is located in the valley of the river Zerafshan. Samarkand was nevertheless transformed into the most sparkling city. Even today monumental coverage of buildings surprise visitors. Samarkand is the second largest city of Uzbekistan. In couse of the tour you will overlook at the most impressive sights of this city such as Registan square, Shakhi-Zindeh, Mausoleum Guri Emir and Bibi Khanum Mosque. Registan Square, this is ornament of Samarkand and one of the most magnificent areas in the world. Who has visited the territories of Registan should be surprised to beauty and greatness of this area. Architectural complex of Shakhi-Zindeh represents a big collection of mausoleums concerns to 11th-15 centuries being a part of a UNESCO World Heritage Site. Gur Emir a masterpiece of Islamic architecture of the Medieval East. Night will be at the local hotel.

Day 6: Samarkand - Tashkent
In the morning you will departure to Tashkent. The capital of Uzbekistan is Tashkent, which is a popular due to museums and combination of Soviet and modern building. Today you are going to see the city's attractions. And first you will overlook Independence square. This place is the main square of the country, is situated in the heart of Tashkent. It is a capital memorial complex erected in honour of the lost soldiers in the Great Patriotic War . You will get an opportunity to wander along the local Broadway, it unites 2 most beautiful territories independence square and Amir Timur square. Your next remarkable point will be famous metro where you will take a ride. Stations have unique architectural shape. The important role is played by illumination which on one of station makes impression of ball. The metro has been constructed in 1977 in honor of the 60 anniversary of USSR. This is known among  the most beautiful subways in the world. After in tour you will visit the old part of the city which includes: Chorsu Bazaar, Kukaldash Madrasah and Hast Imam complex that consists of several madrasahs, mosques and mausoleum. The highlight of its exhibits is the Othman Quran which is the world's oldest Quran copy concerns to 8th c. The originality of the Quran is confirmed by Unesco certificate. The Qran also preseved the blood of Othaman. He was killed, while reading this book. Overnight is in a hotel.