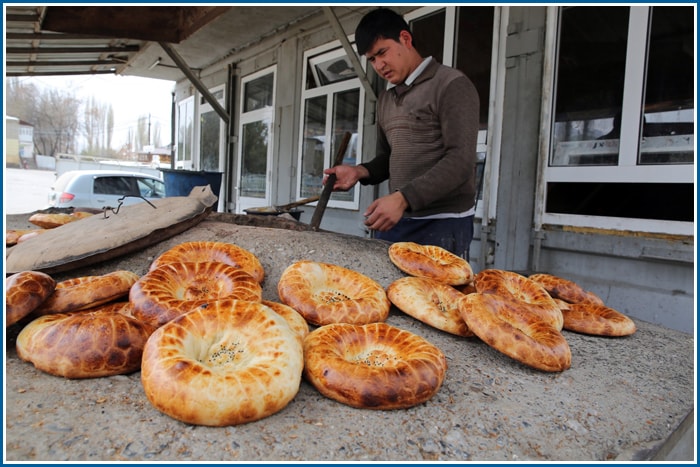 Day 1: Tashkent - Chimgan Mountains - Tashkent
Our guide will meet you at the airport of Tashlent, capital city of Uzbekistan and can start enjoying your travel. In the morning you will be transfered to Chimgan Mountains. You will have a chair lift to reach the top to of Beldersay peak one-way. On the way back you will stop over Charvak lakeside. The second half of the day will be devoted to Tashkent city tour including Independence square, the local Broadway and Amir Timur square. Amir Timur square is one of the central squares of Tashkent, named in honor of national hero - Amir Timur. Night is in a hotel.

Day 2: Tashkent - Samarkand
After breakfast you will be transferred to railway station of Tashkent and you will continue your travelling by train to Samarkand. Samarkand is the second largest city of Uzbekistan. It is as old as Babylon or Rome. Today you will visit its most outstanding sights such as Registan square, Shakhi-Zindeh, Mausoleum Guri Emir and Bibi Khanum Mosque.  The city is one of the most important ones in Uzbekistan, and has carefully preserved the traditions of ancient crafts: embroidery, gold embroidery, silk weaving, engraving on copper, ceramics, carving and painting on wood. In 2001, UNESCO added the city to its World Heritage List as Samarkand - Crossroads of Cultures. Overnight is at the hotel.

Day 3: Samarkand - Bukhara
You will have a morning train to Bukhara to continue your travel. Today you will explore this fascinating city. Bukhara lies west of Samarkand and was once a center of learning renowned throughout the Islamic world. The name of Bukhara originates from the word "vihara" which means "monastery" in Sanskrit. The city tour includes visiting Ark Citadel , Samanids mausoleum, a real masterpiece of architecture of 9th -10th century, the Chashma Ayub, and Bolo-Hauz mosque, also known as the mosque of forty columns. Then you have a chance visit one of the most famous madrasahs of Bukhara - Nodir Divan Begi, which is also a part of Lyabi House Ensemble, famous central sightseeing of Bukhara. The tour will end with visiting Poi Kalon complex. Night is in a hotel.

Day 4: Bukhara
Today you will go for a sightseeing tour around the Bukhara. We will start with Bahauddin Naqshbandi complex, one of the Muslim pilgrimage places. It is a memorial complex of famous Sufi Leader and Philosopher. Sheikh Bakhauddin Nakshbandi was Amir Timurs spiritual master.  The complex consists of Kushbegi and Muzafarohana mosques, courtyard, madrasah, and burial vault of Bukhara rulers and tomb of Saint Bakhauddin Nakshbandi. Then you will drive to Sitorai Mohi Hosa complex, named after young wife of Bukhara Emir, after her death. The palace is the combination of various architectural styles. You will drive to Sumiton village to visit Chor Bakr memorial complex, the town of the dead. Complex symbolizes the four elements of the earth and interprets that all people are equal. After excursion you will be transferred to the hotel.

Day 5: Bukhara - Khiva
In the morning we will start our travel to Khiva, the most ancient city in Uzbekistan full of fascinating sites. During this tour you will learn, that its history is strongly connected with the legendary Khorezmshah's State. In the 10th century Khiva is mentioned as a major trading center on the Silk Road. All the caravans had a stop here on their way to China and back.  The historic heart of Khiva has been well preserved and cherished for our next generations. The road from Bukhara to Khiva goes through famous Kizilkum desert. On the way we will enjoy the view to Amu Darya flowing into Aral See. Upon arrival to the city you will have a free time. Night is in a hotel.

Day 6: Khiva
Today you will have a sightseeing tour inside the Ichan-Qala, inner city of Khiva rounded with strong walls. Old buildings, palaces, mosques, Madrasahs, Mausoleums, Minarets, Caravan-Sarais and Bathhouses transformed Ichan-Qala into unique "museum-city", making it exceptional in Uzbekistan. It consists of more than 400 traditional dwelling houses and about 60 architectural monuments. In 1969 Ichan-Qala was designated a historical and architectural conservation area. The most remarkable sites in it are the Kunya-Ark fortress dating back to 17th century, found by Muhammad Arang Khan, Kalta Minor minaret and Tash Khouvli palace, an incredible sample of Khorezm architectural mastership of 1830s. Night is in a hotel.

Day 7: Khiva - Ayaz Qala - Tuprak Qala - Khiva - Tashkent
Today's tour will be dedicated to Ayaz Qala and Turpak Qala  fortresses. Ayaz Qala is an ancient castle of Khorezm. It is named in honor of legendary warrior-slave Ayaz, a Turkic folklore hero. Fortress dates back II century AD. Tuprak Qala, means ‘clay fort', was the royal city of Khorezmian ruler Artav. Fortress was built in approximately I or II century AD. It was occupied until 6th century AD when it fell into disuse. After excursions we continue our drive to Urgench and further take a flight to Tashkent. Night is in a hotel.

Day 8: Flight
Transfer to the airport. End of tour.