Marveling in the ancient cities of Uzbekistan 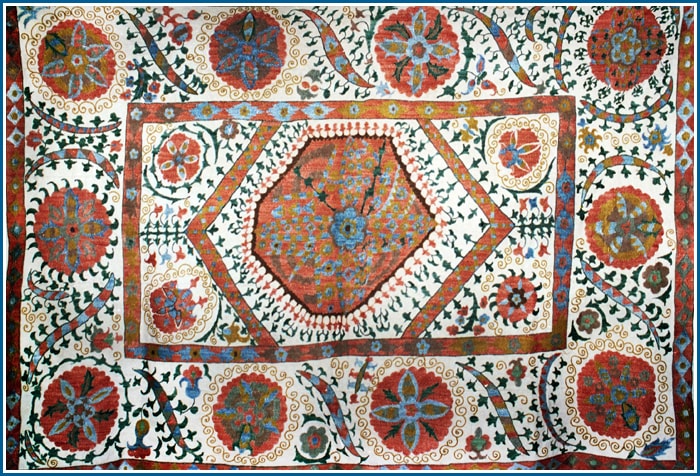 Name of the tour:
Marveling in the ancient cities of Uzbekistan
Itinerary duration: 4 days & 3 nights

Day 1: Tashkent
The adventure truly starts with visit Independence square, which situated in the center of Tashkent. Favourite vacation spot of townspeople. If you want to plunge into the atmosphere of city you will have a chance to wander along the local Broadway. Perhaps, this most popular place among townsmen, after all at any time a season people can shirk along this remarkable street. Your next spot will be Tashkent metro, which was built in 1977. It is a unique place with beautiful architecture.You will have a chance to take a ride on this metro. After you are going to visit the old parts of the city which includes: Chorsu Bazaar, Kukaldash Madrasah and Hast Imam complex that consists of several madrasahs, mosques and mausoleum. Chorsu Bazaar is one of the biggest bazaars of Uzbekistan and Central Asia. As well as all markets of Asia this market is full of colour and taste of the East. Everythig you can buy in this market, there are: fruits, vegetables,clothes and many other things. The highlight of its excursion is the Othman Quran which is the world's oldest Quran copy. Night will be in a local hotel.

Day 2: Tashkent - Bukhara
Rise and shine! There is the option to have a morning transfer (flight or train) to Bukhara. This tour takes you to touristic trail to explore the most prominent sights of this mesmerizing city. You will begin your tour with the most ancient citadel in Bukhara named Citadel Ark. Several centuries ago the structure of a fortress of Ark included the whole city, with residence of the emir, a palace mosque, a mint, majestic dwellings of dignitaries and other constructions. This place was residence of the leaders where supreme ruled the country. In course of the tour you will be inspire by Samanids mausoleum, a mastership of that time. Further you will discover Chashma Ayub, the most mysterious places of Bukhara. Chashma Ayub it is sacred water well. People believe that water in a well has salutary properties. En route you will walk along the shopping domes and visit one of the most popular madrasahs of Bukhar -Nodir Divan Begi which is also a part of Lyabi House Ensemble. Madrasahs has been issued in style of Muslim monuments, but with images of birds, animals and the human. You will end your tour with visit Poi Kalon complex. It is the rare pattern of architectural art of Bukhara. There are edifices built in the 12th - 16th centuries: Kalon minaret, Kalon mosque and Mir Arab Madrasah. Night is in a hotel.

Day 3: Bukhara
The tour continues! This day you will explore the wonderful areas of sacred Bukhara. Probably, from all cities of Central Asia Bukhara is distinguished by the most romantic past. First you will visit Bahauddin Naqshbandi complex, sacred place for each Moslem. Pilgrims which on the various reasons can not visit Mecca, come to a necropolis, which is located few kilometers from Bukhara. After you will transfer to explore the countryside residence of Bukhara Emirs named Sitorai Mohi Hosa complex. The beginning of building of Sitorai Mohi Hosa in Bukhara is dated the XIX-th century. One of the most significant rooms of a palace of Sitorai Mohi Hosa - the White hall. In the end of the tour you will head on to Sumiton village to find Chor Bakr memorial complex, the world heritage of UNESCO. The complex started building in 16 century. You will come back after excursions to city. Night is spent in a hotel.