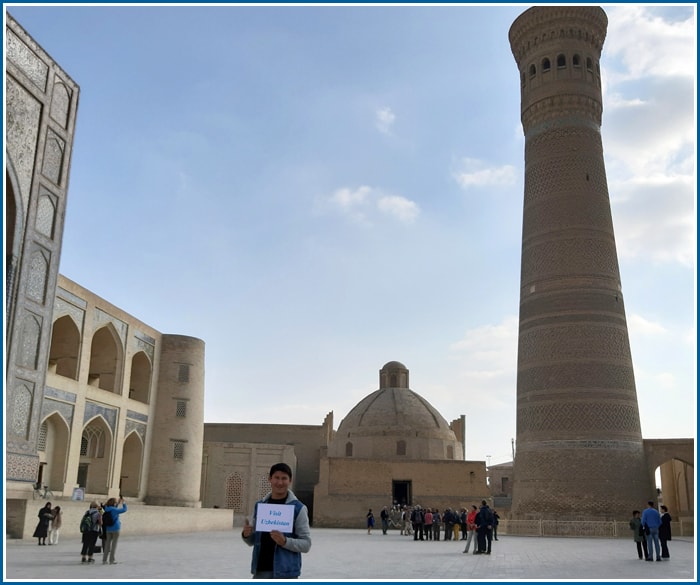 Day 1: Tashkent - Chimgan Mountains - Tashkent
Your guide will meet you at the airport and you can begin your travel. In the morning you will drive to Chimgan Mountains. You will have a chair lift to reach the top to see Beldersay peak. On the way back there will be stop over at Charvak lake. The rest of the day you will get acquainted with the sights of Tashkent. City tour includes visiting Independence square, walk through the local Broadway, a walking street between independence square and Amir Timur square. Amir Timur square, one of the central squares of Tashkent, named in honor of national hero - Amir Timur. Night is in a hotel.

Day 2: Tashkent - Samarkand (transfer or train)
In the morning you will have a tour in the old part of the city. It includes Chorsu Bazaar, Kukaldash Madrasah and Hast Imam complex that consists of several madrasahs, mosques and mausoleum. The highlight of the day is the Othman Quran which is the world's oldest Quran copy dating back to 8th c. Quran belonged to Othman Ibn Affan, the Third Caliph. When he was killed by non-muslims his blood spred over the Quran that you still can see on its pages. In the afternoon you will travel (by train) to Samarkand. Night is in a hotel.

Day 3: Samarkand - Tashkent
Samarkand is the second largest city of Uzbekistan where you will continue your tour. Today you will visit its most interesting sights such as Registan square, Shakhi-Zindeh, Mausoleum Guri Emir and Bibi Khanum Mosque. The city has carefully preserved the traditions of ancient crafts: embroidery, gold embroidery, silk weaving, engraving on copper, ceramics, carving and painting on wood. The city is in UNESCO World Heritage List as Samarkand - Crossroads of Cultures since 2001. At the end of the day you will be transferred to Tashkent by evening train. Night is in a hotel. End of tours.

Day 4: Flight
Transfer to the airport.